The start list for the Land Rover Kentucky Three Day Event is out and we’re pretty darn excited to see this field go. Here are the favourites to win LRK3DE 2021 according to the SAP EquiRatings Prediction Centre.

Okay, first of all, Ballaghmor Class. Maybe you haven’t heard, but this horse has competed in five five-stars and has earned a top-five result in every. single. one – including a win at his first five-star event, Burghley 2017. Those placings against the best in the world have made Ballaghmor Class the only British horse on record to have broken the 800 Elo mark (currently on an Elo rating of 801 to be exact, ranking him 10th on the all-time list).

It is no surprise that Ballaghmor Class is the favourite to win. Right now, there is a 17% chance that he earns the LRK3DE victory, registers his second five-star win, continues his five-star top-5 streak, and delivers Oliver’s 6th win at the level.

And then you have Cooley Master Class – the horse who brought Oliver two of his current five-star wins, both of which were at LRK3DE. In fact, if Cooley Master Class wins, it will be his third consecutive win at the event - à la Fischerrocana FST and Michael Jung in 2015, 2016, and 2017 - and it would mean that only two horses would be LRK3DE winners over the past 6 years of the event.

Cooley Master Class earned the 2019 LRK3DE win on a score of 25.3, adding just 1.2 cross country time penalties to his 24.1 dressage score. It was the lowest finishing score at the event from the last decade (and one of the top five dressage scores).

Like his stable mate Ballaghmor Class, Cooley Master Class can deliver cross country speed when he goes for it, having a Top Speed Percentage (TSP) of 96%. And he can keep the poles up; Cooley Master Class is one of the strongest show jumpers in the field, having an SJ6 Difference to Par (DTP) of -4.3 (meaning he incurs 4.3 fewer SJ jumping penalties than his opponents, on average). If he is in the lead on the final day, he’s not likely to let it go.

Will it be a three-peat for Cooley Master Class? Right now, there is about an 11% chance, which just ekes ahead of our next two…. 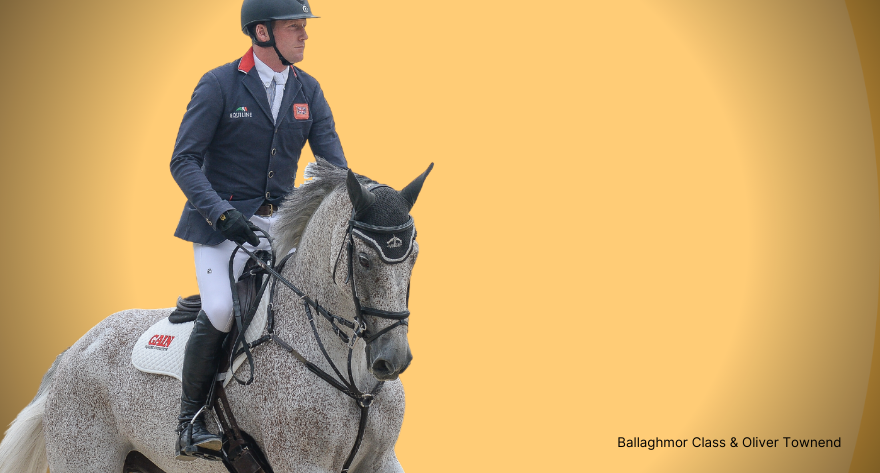 Two home-soil combinations round out the top three on the Prediction Centre, each having a 10% win chance (though after Ballaghmor Class, it's quite an open field at the top).

Unlike the two five-star experts ahead of him on the Prediction Centre, it will be Mai Baum’s debut at the five-star level. Tamie has twice competed at five-star, both times at the Kentucky Three-Day Event (2009 and 2018).

Though Mai Baum didn’t compete at the international levels in 2020, he was busy breaking a 12-year national dressage record at the USEA Advanced level when he and Tamie earned a 17.7 at Rebecca Farm. That record was again broken earlier this year by Carlchen and Phillip Dutton at Pine Top, but Mai Baum is in fact one of the strongest dressage horses in the field. He has an EquiRatings Six Run Average (6RA) of 23.8 and he likely to be near the top of the field after the first phase.

Mai Baum has also proven himself to be consistently competitive against quality opposition, as evidenced by his Elo rating of 684 which ranks Mai Baum as one of the top 5 Elo-Rated horses from the US. We know he can beat competitive horses – the type he’ll be facing at this year’s LRK3DE.

RF Scandalous and Marilyn hold one of the top 10 dressage scores at Kentucky from the last decade (a 24.8 in 2018 when they went on to a third-place finish) and have the strongest international dressage record in the field with an EquiRatings Six Run Average (6RA) of 22.0. They’re likely to be very close to the top of the leaderboard after the first phase and they are definitely able to bookend their weekend with a clear SJ round. RF Scandalous is one of the strongest show jumpers in the class, having an SJ6 Difference to Par (DTP) of -3.9 (meaning the mare incurs 3.9 fewer SJ jumping penalties than her opponents, on average).

RF Scandalous has competed in two five-star events: LRK3DE in 2018 where she and Marilyn finished third on a 32.8 and Luhmühlen 2017 where they finished fourth on a 32.1. With two top-five finishes from both of her five-star runs, we know RF Scandalous can finish strong at the big events.

See the full LRK3DE predictions on the SAP Prediction Centre.

Sign up to our newsletter to receive live event updates.