Who would have expected that the reigning world champions and eventing powerhouse nation, Great Britain, would have to look back as far as 1972 for an eventing Olympic team gold medal. Such is the beauty of sport and the high level of chance that these strange runs and sequences can occur.

The Munich Olympics of 1972 must have been a satisfying victory for Team GB. A tough cross country day (producing a total of 38 refusals, 18 falls, and 7 eliminations) saw the hosts Germany finishing in bronze. The runners-up were a US team including eventing legends Bruce Davidson, Jimmy Wofford, Mike Plumb and Kevin Freeman. The 1972 GBR team, was spearheaded by a legend of its own. Richard Meade completed a double of doubles. First, the Munich team gold was a back-to-back win following his team gold at the 1968 Mexico City games and, secondly, he collected both the team and individual gold at Munich itself. (Incidentally, 1968 was the last time the team eventing competition comprised just three team riders per nation. Great Britain won two of their three team gold medals under this format. Perhaps a good omen for a return to teams of three in Tokyo?).

Alongside Richard Meade was the formidable Captain Mark Phillips with Great Ovation. This horse remains the only three-time winner of Badminton Horse Trials, undoubtedly the most coveted major in the sport. Mary Gordon-Watson and Bridget Parker completed a stellar quartet and if Team GB can end the 49-year wait for team gold, the riders that make it happen will be following in the footsteps of four of the finest their nation has produced.

Here at HQ, we are all really excited about the EquiRatings Eventing Elo. Our new rating system for horses, designed using the recognised Elo system is proving a very interesting way to see the sport. You can catch up on some of our Elo blogs to be better introduced but the cliff-note to keep in mind for this article is: the average Elo for horses in eventing is around the 300 mark.

A few months of analysis on the Elo and the recent team medals at major championships shows us the following:

A gold medal team should have horses with an average Elo of 700 or higher when starting the championship.

The only exception to that rule was barely an exception. It was gold-medal-winning France in Rio 2016 whose team horses had an average Elo of 696 when starting the competition.

These are the average Elo ratings of the horses representing each team (does not include combinations competing as individuals). France is the only team in recent years to win a major championship on an Elo of less than 700 and they were just shy of it (Rio 2016). 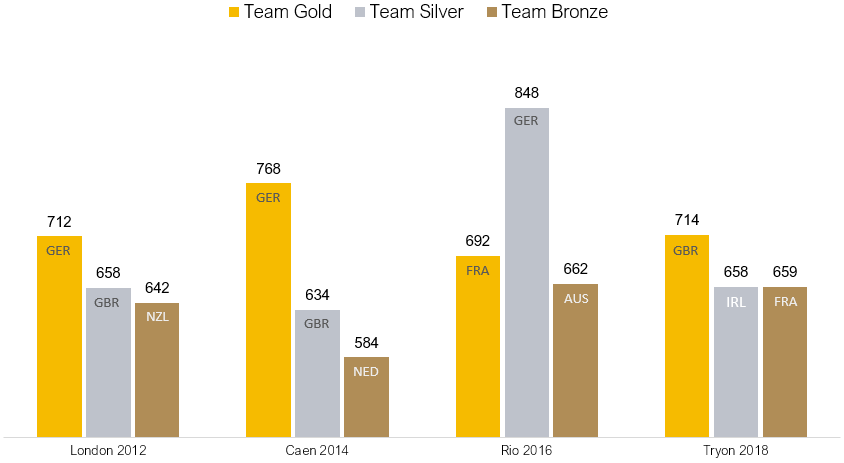 Germany was the standout team coming into the 2016 games. Germany’s Rio team averaged an incoming Elo of 848 – they are undoubtedly the strongest team we have ever seen since EquiRatings started analysing the sport. As it goes, things went astray on cross-country day and it is a testament to their dressage, speed and show jumping ability that they managed to rescue a team silver when counting only one cross-country clear jumping round.

There are only two teams at a recent World or Olympic games that entered on a 700+ average Elo but finished outside of the medals entirely. Again in Rio 2016, the New Zealand team started with an average Elo of 704 but went home empty-handed. I hate to bring it up, but one of the most dramatic eventing moments we have ever seen in an Olympic team competition was that New Zealand team going from team gold with a fence in hand to no team medal at all in the space of 60 seconds. They were close, very close, so again I wouldn’t hold it against the Elo 700 rule too harshly.

The only other 700 team at a recent World or Olympic games was Germany at the 2018 WEG. They started Tryon averaging 742 and they just fluffed their lines. That’s the game and that’s data analysis. We can give you insights and evidence, we can create metrics that are revolutionary for the game and incredibly intelligent, but we cannot predict anything with 100% accuracy (otherwise I would be playing stock markets on my Caribbean island whilst drinking cocktails in a pair of tri-coloured speedos). 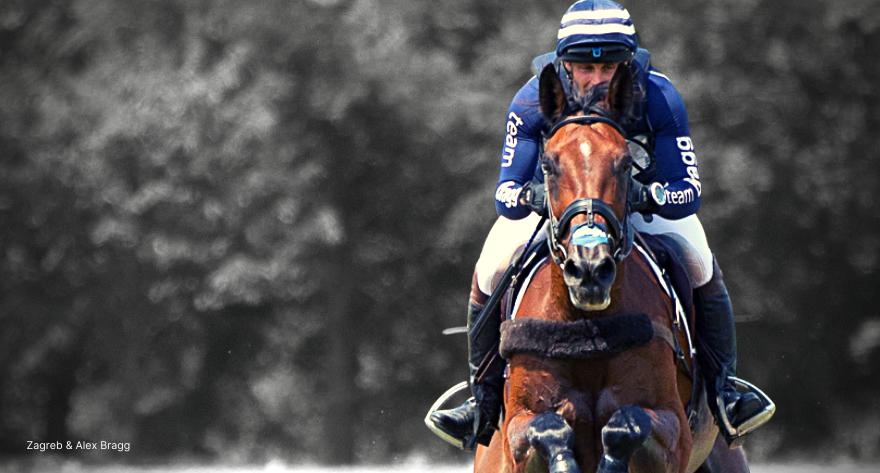 Great Britain and the 700 rule

These last few years have been the only time in recent history that Team GB has fielded a team with an average Elo of 700 or higher. Despite their consistent strength and depth at the top of the sport, for several years they hadn’t actually managed to produce the level of top-end quality that one really requires for team gold in modern eventing. 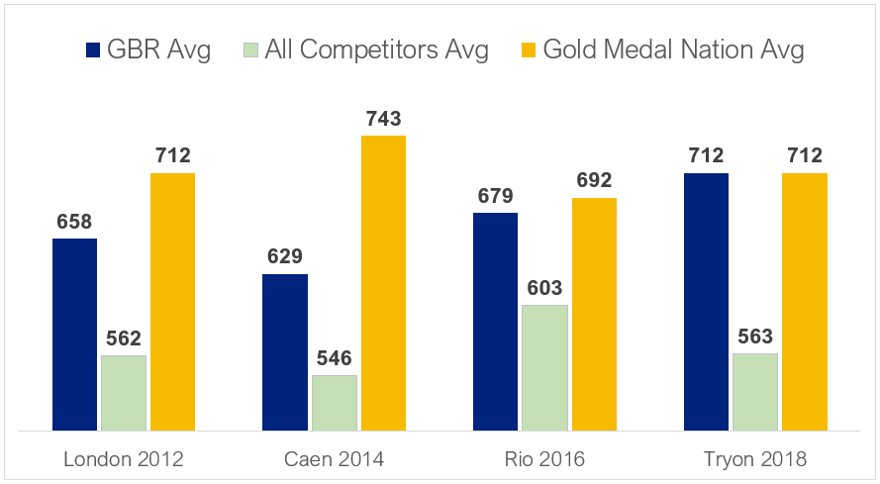 The significance of this is that the Team GB Olympic team gold drought is not necessarily a tale of choking or under-performing. The constant commentary, and expectation, can make it feel a bit like that sometimes because of their general five-star dominance and their ridiculous depth of horses and riders. Using Elo as a guide suggests until recent years, they just weren't as good as they are now.

And now, it seems, they are that good. Ballaghmor Class (Oliver Townend) is not only on course to become one of the great five-star horses of all-time (five top-fives from five starts, all at Badminton and Burghley), but he has also just made a bit of Elo history by becoming the first British horse to break the 800 barrier. He currently sits on an Elo of 801.

The reigning world champ, Allstar B (Ros Canter), is next on your list with a massive Elo of 791. He’s not been overly active since the 2018 WEG double-gold, but if class is permanent then this boy is set to feature heavily in Team GB calculations. His 2018 team gold partner, Toledo De Kerser (Tom McEwen), who went on to win a five-star at Pau 2019, is sitting third on the current list of British Elos with 774.

Clear-inside-the-time machine Zagreb (763) (Alex Bragg) and Badminton winner Vanir Kamira (761) (Piggy March) make up the rest of the top five rated horses in Team GBR right now. The one-two finishers from the only five-star in 2020, London 52 (726) (Laura Collett) and Brookfield Inocent (717) (Piggy March) are also now in the 700s.

In all, there are fifteen Team GB horses that currently boast an EquiRatings Elo of 700 or higher. It is basically inconceivable that Team GB will produce a team at Tokyo 2021 with an average starting Elo lower than 700. While it is still very much odds-against (less than 50:50) that they win team gold (a Germany Elo article is being written), they are in one of their strongest ever positions and ready to mount a serious challenge to end the 49-year wait.

Diarm is a co-founder of EquiRatings and runs the company. Previously, he was a corporate lawyer in one of Ireland's top law firms. He lives in Dublin with his wife and daughter.