Riders are taking advantage of this year's CCI4*-S happening during #thebestweekendallyear and ladies are leading the favourites to win it. Here are the pre-event win chances for the 2021 Kentucky CCI4*-S according to the SAP Eventing Prediction Centre. 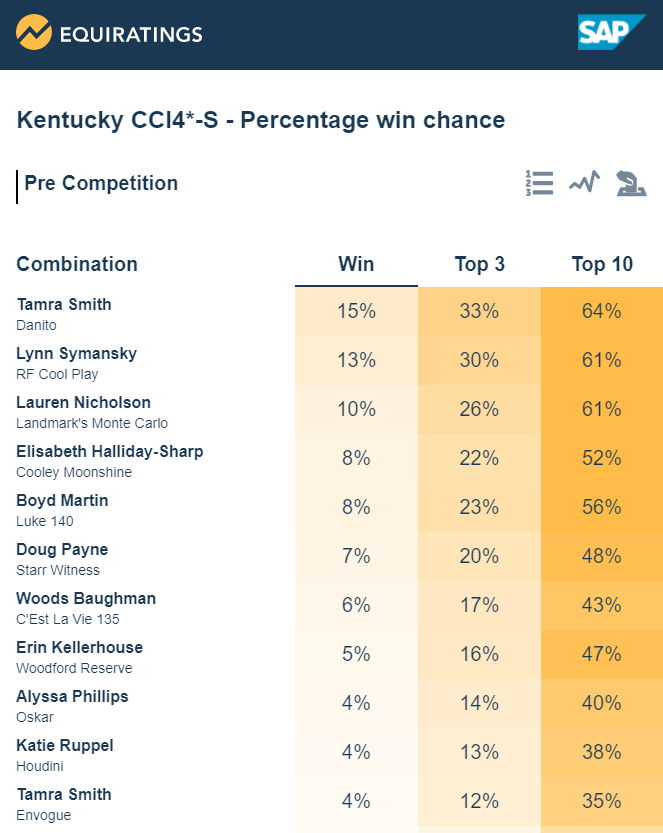 Danito has had four runs at the CCI4*-S level and has earned a top three placing in three of them, including a win at Woodside CCI4*-S in October 2020.

Danito enters the Kentucky CCI4*-S with the lowest six-run dressage average (6RA) of all horses in the field, currently boasting a 6RA of 26.2. In fact, he is coming right off the back of his personal best dressage score at the four-star level: a 24.4 which he earned earlier this month at The Fork CCI4*-S.

Of his 12 international cross country starts, Danito has jumped clear in 10 of them and, of our top three favourites, he has produced the lowest finishing score at the level: a 32.9 at Twin Rivers CCI4*-S in 2019.

With Mai Baum, Tamie is also one of the favourites to win the Land Rover Kentucky CCI5*-L class this weekend. Wouldn't it be something for her to bring home the win in both classes?!

RF Cool Play has had one appearance at the CCI4-S level and three CCI4*-L appearances. He completed each of those four-star runs and earned a top five result in two of them (both CCI4*-L). He has the second-lowest six-run dressage average (6RA) with a 27.8, not far behind the favourite, Danito.

RF Cool Play is also one of the strongest show jumpers in the class with an SJ6 Difference to Par (SJ6 DTP) of -4.0 (meaning he incurs 4.0 fewer SJ jumping penalties than his opponents, on average) and he is a very strong cross country jumper with a XCJ10 Difference to Par (XCJ10 DTP) of + 30% (meaning his XCJ clear rate is 30% above average for the courses he has run). In fact, RF Cool Play is entering the Kentucky CCI4*-S on a cross country jumping streak of 15 straight clear XCJ rounds at the international level, including jumping clear in each of his four-star appearances.

To boot, RF Cool Play enters as the highest-rated Elo horse in the field. With more international experience than Danito, RF Cool Play is currently on an impressive 655 Elo rating. 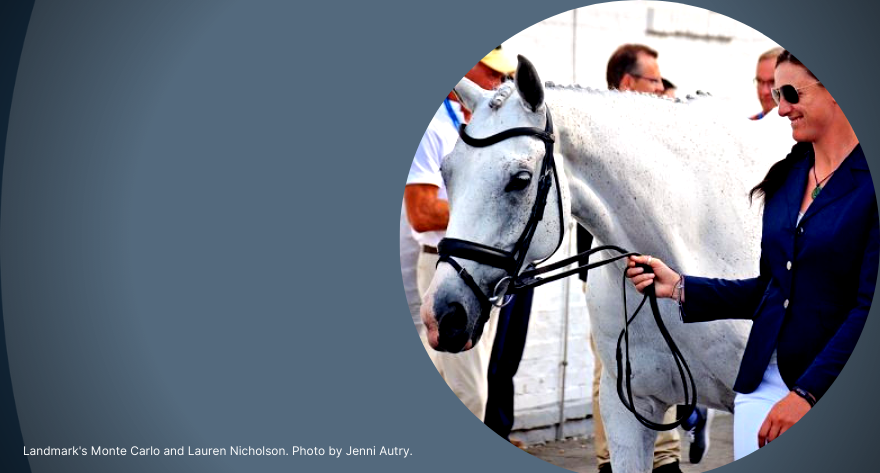 Landmark’s Monte Carlo enters the Kentucky CCI4*-S as the most experienced of our top three favourites. He has had a previous 14 four-star completions and two five-star completions. He most-recently finished fourth at Red Hills CCI4*-S last month on his best-ever finishing score at the four- and five-star level: a 34.0

He is the fastest horse in the field, entering on a Top Speed Percentage (TSP) of 92% (meaning on his fastest days, Landmark’s Monte Carlo has outpaced 92% of his competitors) and he is the third-highest Elo-rated horse coming into the CCI4*-S, currently on a 601 rating.

See the full predictions for the Kentucky CCI4*-S on the SAP Prediction Centre.

Sign up to our newsletter to receive live event updates.