At EquiRatings, we have spent the last five years making predictions and designing ratings. Ask us who the best event horse in the world is and still even in this office, the subject sparks opinion, fuels debate and even divides loyalties. From the low-scoring, and record-breaking London 52, to the current double-European champion SAP Hale Bob OLD, to the reigning world champion Allstar B, to the Badminton-winning Vanir Kamira and many five-star stalwarts and winners such as Ballaghmor Class and Toledo De Kerser…

Our leading data guru at EquiRatings, Sean Murray, has taken the Elo rating system and re-designed it for our sport. As we have found over the last few years, Eventing is pretty complex to code for. Were judges scoring easy or tough? Was the course difficult or not? Was the time tight and who was trying to make it? But rating the best competitors is actually pretty simple. It’s all about consistently beating high-quality opponents. 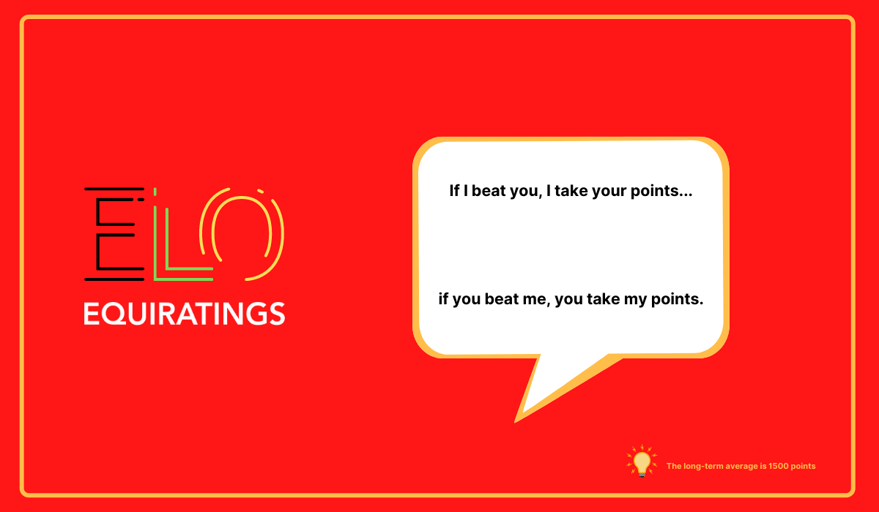 We have adapted a ranking methodology used in many sports called the Elo rating system (named after Hungarian physics professor, Arpad Elo). Basically, everyone starts (or enters the system - in the case of new horses) with the 300 points. Then, every time someone finishes ahead of you they take points from you and every time you finish ahead of someone you take points from them. You don’t lose all your points in one go, but the changes occur gradually as you compete more.

Beating horses with high Elo ratings is going to bump up your rating most effectively. Losing to low-rated horses is going to be most costly. This addresses one of the big issues when rating the ‘best of the best’ – not all competitions are equal. Winning some four-star shorts might entail beating a handful of first-timers, whilst winning Aachen, the same level of competition on paper, is likely to mean that a horse has beaten five-star winners and world medalists. Elo solves this problem, rewarding the better quality results with higher points.

A single successful season wouldn't make you the best horse in the world, equally it wouldn't be enough to send you to the top of the Elo ratings. It takes time and consistency to get there.

A good example is Ballaghmor Class, who just became the first British-ridden horse to reach 800 points on the Elo rating system. The result which put him over the threshold was his sole international appearance in 2020 - Burgham 4*S where he beat high-quality opposition. But the building blocks to becoming Britain’s highest-ever horse were his five five-star top fives from all five of his starts at the level (a mouthful!). He has been remarkably consistent in recent years (withdrawals prior to cross-country don’t affect the rating) and he has finished ahead of world-class opponents at top quality events.

But the best horse in the world, using this methodology, represents Germany. In fact, the best three horses in the world right now represent the reigning European champions. It’s not a surprise to see the double individual European gold medalist, and the WEG runner-up, SAP Hale Bob OLD (893) at the top of the rating. The horse he beat at the 2019 Europeans Championships, fischerChipmunk FRH (839) currently sits in third place.

The horse that might spark some debate is currently ranked second in the world based on the Elo rating – Julia Krajewski’s Samourai Du Thot (860). Despite being a five-star winner, he doesn’t have that major championship result that his compatriots do. He doesn’t have the bulk of five-star results that Allstar B (791), Ballaghmor Class (801), Fischerrocana FST (828) and Toledo De Kerser (774) can all boast.

However, Samourai Du Thot exemplifies what the Elo is about. He has won 9 of his past 11 internationals, including Boekelo and a German championship at Luhmuhlen (excluding a Wiesbaden ERM where he withdrew when leading a top quality field including SAP Hale Bob OLD). The Wiesbaden withdrawal statistically ended his six-run winning streak (a joint world record) and he could have had his own individual place in the history books. But there is no doubt that this horse has beaten many of the best and done so, particularly in recent years, with clinical regularity.

The best horses in the world right now

Current top 10 event horses according to the EquiRatings Elo, as of 11 November 2020. (See how the Elo works.)

The EquiRatings Elo is based on international results only.

The aforementioned London 52 (726) currently sits in 21st position, but he is on a steep upward trajectory. Again, I can appreciate the scope for debate here as the recent record-breaking Pau winner looks capable of beating almost any opponent on his current form. Several of the horses that he beat in 2020’s only five-star remain rated higher than him. This is not unusual as he is coming from a much lower starting point than many of these established stalwarts. The Elo isn’t about a handful of results, it is about building a strong and consistent line of form.